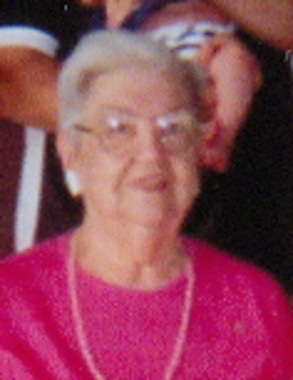 Back to Vivian's story

Vivian I. Barber, 89, formerly of Clinton Street, Keeseville, died Tuesday, December 10, 2019 at Meadowbrook Healthcare in Plattsburgh.
She was born in Plattsburgh, May 7, 1930, the daughter of Harold and Lillian (LaPorte) Bailey. She grew up in Keeseville and graduated from Keeseville High School in 1947.
Vivian married Kenneth Robert Barber June 3, 1950 in Keeseville.
She worked as a hairdresser, nurses aid, secretary, owned a diner, and as manager of the snack bar at Port Kent ferry until retiring in 1992.
Vivian was a member of the VFW Ladies Auxiliary.
She enjoyed bingo, knitting, crocheting, quilting and many other crafts.
Left to cherish the memory of Vivian are her children, Sharon (James) Tefoe, Kevi (Dennis) McNeilly, Ronnie (Karen) Barber, Randy (Laurie) Barber, Kathy Barber, Laurie (Wayne) Dashnaw, Danny (Mary) Barber, and Clayton (Kimberly) Barber; grandchildren, James (Lisa) Tefoe, Jolene (Duncan Sheedy) Tefoe, Craig (Joanne) McNeilly, Carissa McNeilly, Eric (Keri Ann) Barber, Ryan (Jessica) Barber, Jennifer Tuller, Shawn Lautenschuetz, Jason Lautenschuetz, Amy Dashnaw, Terry (Bill) Bushey, Whitney (John) Jerdo, Jeremy (Brandi) DeLeo, Jason DeLeo, Clayton Barber Jr., and Kennedy Barber; one brother, Ronald (Norma) Bailey; 30 great-grandchildren; and several nieces and nephews.
In addition to her parents and husband, she was predeceased by grandsons, Jonathan Tefoe and Richard Tuller.
At Vivian's request there will be no public calling hours. A Mass of Christian burial will be celebrated at St. John's Church in Keeseville in the spring at a specific date and time to be announced later. Burial will be in the spring in St. John's Cemetery in Keeseville.
In lieu of flowers, donations in her memory may be made to the charity of one's choice.
Arrangements are in the care of the Hamilton Funeral Home, 124 Clinton Street, Keeseville, 834-7667. To offer an online condolence, share a symbolic gesture, or share a photo in memory of Vivian Barber please visit www.hamiltonfuneralhome.com
Published on December 13, 2019
To plant a tree in memory of Vivian I. Barber, please visit Tribute Store.

Plant a tree in memory
of Vivian

A place to share condolences and memories.
The guestbook expires on March 12, 2020.

Nancy soules
Sorry for your loss. I enjoyed seeing the things Vivian made. She was talented.
Kim and Randy Ryan
Our thoughts and prayers to all the family, loved Vivian loved to hear her story's, and what craft she was doing. She will always be in our hearts and cherish the memory's.
Frank Bennage
Thoughts and Prayers for all her family and friends. 🙏🏻🙏🏻🙏🏻🙏🏻
Penny baker
Sorry for loss thinking of yas at this time sending hugs to all 🙏🙏
Shelley Frazier

Sharon, Kevi, Randy, Ronnie, Kathy, Laurie, Danny, Clayton & Dad & families - I'm very sorry for the loss of Aunt Vivian. My thoughts & prayers are with you all at this time. She is now at peace and reunited with Poppy, Nanny & Uncle Ken.