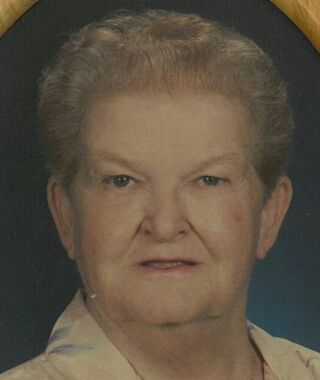 Back to Virginia's story

Virginia M. Luck, 82, of Route 22, Plattsburgh, N.Y., passed away on Sunday, Jan. 13, 2019, at her home with her family by her side. She was born in Plattsburgh, N.Y., on Sept. 25, 1936, the daughter of Leon and Helen (Monty) Powers.
Virginia worked for Luck's Vending as a Bookkeeper for many years. She later worked as a Home Health Aide. Virginia married Gerald Luck on Sept. 1, 1958, at St. Joseph's Church in West Chazy. She was a member of the St. Joseph's Church, where she served on the Altar Rosary Society, as a communicant, religious education teacher, and on the bereavement committee.
Virginia was a member of the Beekmantown Busy B's and the Beekmantown Republican Committee, where she also worked many elections.
She was predeceased by her parents; her siblings, Norman, Shirley and Sonny.
Virginia is survived by her husband of 60 years Gerald; three children, Susan Proctor of Plattsburgh, John and Tina Luck of St. Angelo, Texas, Scott and Andrea Luck of Leesburg, Va.; seven grandchildren, Brittany and Courtney Proctor, John Connor Luck, Christopher, Shawn, Alyssa, and Taylor-Ann Luck; a sister, Elizabeth Frenyea of Plattsburgh; and several nieces and nephews.
A Mass of Christian burial will be celebrated on Thursday, Jan. 17, 2019, at 11 a.m. at St. Joseph's Church in West Chazy. Burial will be later in the year in the parish cemetery.
In lieu of flowers donations in Virginia's memory may be made to St. Joseph's Church.
Arrangements have been made through Brown Funeral Home in Plattsburgh, N.Y., 518 561-3980.
Online condolences may be offered at www.brownfuneralhomeinc.com
Published on January 15, 2019
To plant a tree in memory of Virginia M. Luck, please visit Tribute Store.

Plant a tree in memory
of Virginia