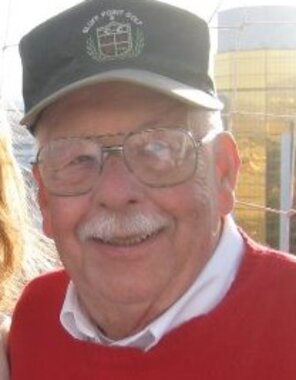 Back to Thomas's story

Thomas S. "Skip" Zatonski, 78, of Montcalm Avenue, Plattsburgh, N.Y., passed away on Friday, Jan. 11, 2019, with his family by his side under the care of Hospice of the North Country. Born Oct. 18, 1940, in Brooklyn, N.Y., to parents, John and Mary Zatonski. During WWII he lived in Vermont and New York. Graduated from private St. Agnes School for boys in Manhattan in 1958. Served in USAF 1958-62, last stationed at PAFB. Graduated PSUC 1966 with BS in Secondary English Education and taught H.S. English and journalism at Franklin Academy in Malone. Received a Wallstreet Journal Fellowship at Syracuse University (Newhouse School of Communication) 1968-69. Taught English at Peru Central H.S. 1969-72. Plattsburgh Middle School 1972-77. PHS 1978-95, teaching English and journalism. At all teaching venues established popular school newspapers. Retired 1995.
During high school worked on Madison Avenue in NYC as a copy boy for Editors Press Service. While at PSUC tended bar at Monopole and Valcour Lodge and was film editor and camera man at WPTZ-TV. He was Director at Camp Bedford Boy Scout Camp in Duane, N.Y., for several summers in the 60's. 1972-73 Co-owned the Yacht Club in Plattsburgh and Bar Manager at Bluff Point Golf Resort.
While at PHS coached Varsity Golf to many Championship seasons including 1981 2nd placed in NYSPHS State Championships was section 7 Golf Chairman.
He belonged to the Boy Scouts of America, Moon Valley Ski Club, Malone Golf Club, Duane Hunting Club, Elk's Lodge, and American Legion 1619.
Traveled to the Caribbean, Spain, Germany, Austria and Morocco. Later spending his winters in North Myrtle Beach, S.C.
He is survived by his daughter, Joellen Gilliland in S.C., Mariellen Boyd of Champlain, N.Y., and son Tom of Plattsburgh, N.Y.
At Skip's request there will be no services.
Arrangements have been made through Brown Funeral Home in Plattsburgh, N.Y., 518 561-3980.
Online condolences may be offered at www.brownfuneralhomeinc.com
Published on January 14, 2019
To plant a tree in memory of Thomas S. "Skip" Zatonski, please visit Tribute Store.

Plant a tree in memory
of Thomas

Restore the guestbook to view the 4 more posts by family and friends, and share a memory or message of condolence of your own.