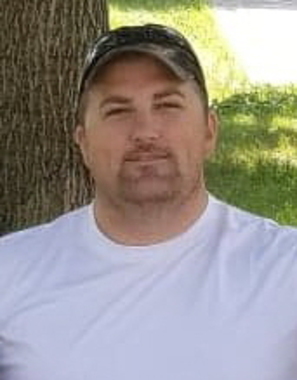 Back to Thomas's story

Thomas James "TJ" Blair Jr., 36, of the Military Turnpike, West Chazy, died Wednesday, Jan. 23, 2019, at the HealthAlliance Hospital in Kingston, as a result of an accidental head injury sustained in July of 2018.
He was born in Malone, Aug. 14, 1982, the son of Thomas James Sr. and Marsha (Gadway) Blair. He married the former Shawna Moore, July 3, 2010, at the Old Base Chapel in Plattsburgh.
TJ was employed by the New York State Department of Corrections, and was a member of the New York State Correctional Officers & Police Benevolent Association (NYSCOPBA). During his time in corrections he primarily worked at Clinton Correctional Facility and Altona Correctional Facility.
In his free time he enjoyed fishing, hunting, four wheeling, working on cars, camping, and spending time with his family. He will be fondly remembered by all who knew and loved him, for his keen sense of humor and his loyalty and devotion to his wife and daughters.
Left to cherish the memory of TJ are, his loving wife of 8 years, Shawna Blair, and his two beloved daughters, Julianna Blair and Sophie Blair, all of West Chazy; his mother, Marsha Blair, of Plattsburgh; his sister, Christine Zeldenrust, and her husband Wesley Zeldenrust, of Chateaugay; his brother Jason Blair of San Diego, Calif.; and his nieces, Kierstin and Holly Zeldenrust.
He was predeceased by his father, Thomas James Blair Sr.
In keeping with TJ's wishes there will be no public calling hours or services. Following cremation, his cremains will be scattered in a private ceremony at his favorite fishing spot. All family and friends are invited to a celebration of life to be held Saturday, Feb. 2, 2019, at 1 p.m. at the Plattsburgh Elks Lodge, 56 Cumberland Avenue, Plattsburgh, N.Y.
Arrangements are in the care of the Hamilton Funeral Home, 294 Mannix Road, Peru, 643-9055. To offer an online condolence, share a symbolic gesture, or share a photo in memory of TJ Blair please visit www.hamiltonfuneralhome.com
Published on January 28, 2019
To plant a tree in memory of Thomas James "TJ" Blair, Jr., please visit Tribute Store.

Plant a tree in memory
of Thomas

A place to share condolences and memories.
The guestbook expires on April 28, 2019.