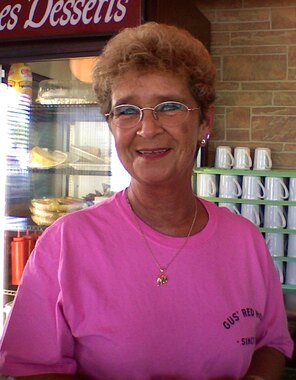 Back to Susan's story

Susan Jean (Hewson) Stevenson passed away unexpectedly on Tuesday, March 17, 2020, at UVM-Champlain Valley Physicians' Hospital in Plattsburgh, N.Y. She was born on Jan. 29, 1944, in Plattsburgh, daughter of the late Violet (Gilbo) and Donald Barber Sr.
Susan will be fondly remembered as a talented local folk artist and nature photographer. Her paintings have been on display in local establishments as well as at SUNY Plattsburgh, and her photographs were frequently featured in the Plattsburgh Press-Republican. She is most well-known, however, for being a legend in the North Country community as everyone's favorite head waitress at Gus' Red Hots where she worked for over forty years. In addition, Susan was a master gardener of flowers, vegetables, and herbs, and was an excellent home canner and cook. Throughout her life, Susan enjoyed taking long walks in nature with her dogs, feeding the birds in her garden, and in recent years, caring for her dear cat, "Betty." Her coworkers and friends will recall Susan's many random acts of kindness to feed people in need. Her siblings will happily reminisce Susan's fondness for her grandfather, and their many adventurous motor sports activities during their younger years. Finally, her sons will always gratefully look back upon the amazing Christmases, fun family vacations, and special birthdays that their parents worked hard to provide for them as children.
Susan is predeceased by her husband, Robert Stevenson, and is survived by her two sons and their families, Roger Hewson Jr. and his wife, Christie, of Chittenden County, Vt., and Eric Hewson and his wife, Nicole, of Orange County, N.Y., grandchildren, Miranda Wick and husband, John, of Chittenden County, Vt., and Denver Hewson, and partner, Micayla Larrows, of Washington County, Vt., and stepson, John Stevenson, of Clinton County, N.Y. She is also survived by her sister, Karen McBrayer, and partner, Bill, of Las Vegas, Nev., sister, Donna Fredette, and husband, John, brother, Donald Jr. "Butchie" Barber, and brother, Jody Barber, and his wife, Crystal, devoted best friend, Laurie Kennedy, who was at her bedside during her final hours, and dear friend from childhood, Henry "Corky" Lynnberg, all of Clinton County, N.Y. In addition, Susan is survived by her former husband and friend, Roger Hewson Sr., of Chittenden County, Vt., numerous friends and extended family.
Due to Susan's specific wishes, as well as the Coronavirus quarantines, her burial will be private to the family. A remembrance event may be held over the summer or near the holiday season when the New York State mandates for gatherings are lifted. Contributions to the Humane Society of the United States may be made in Susan's memory in lieu of flowers and gifts.
Published on March 20, 2020
To plant a tree in memory of Susan Jean Stevenson, please visit Tribute Store.

Plant a tree in memory
of Susan

A place to share condolences and memories.
The guestbook expires on June 18, 2020. 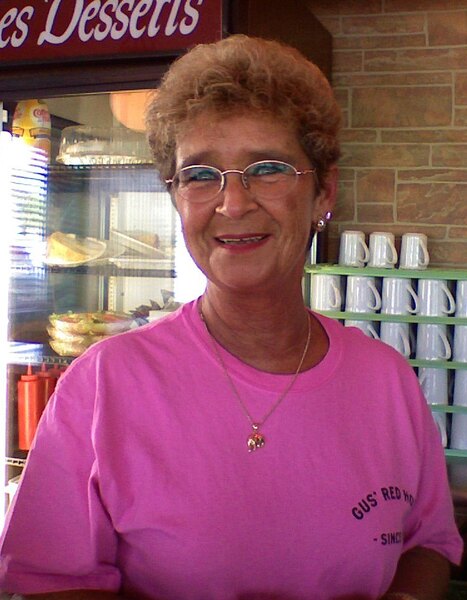