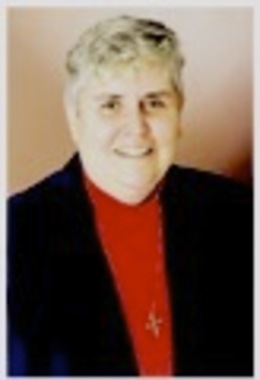 Back to Sister Anne's story

Sister Anne Marie Ryan, OP (Sister Peter Marie) of the Dominican Sisters of Hope, died Nov. 17, 2019, in St. Catherine of Siena Convent, Caldwell, New Jersey. She was 77 years of age.
The daughter of the late Thomas B. and Hilda (Jarvis) Ryan, she was born August 16, 1942, in Gouverneur, New York.
Sister Anne Marie entered the novitiate of the Dominican Sisters of Fall River, Massachusetts, in September 1960, made her First Profession in August 1963 and Final Profession in August 1966. Sister Anne Marie earned her BA in Sacred Theology from Providence College and her Masters in Ministry from Seattle University. She also earned certification in a number of areas related to theology and pastoral ministry.
Sister Anne Marie taught at Dominican Academy in Fall River, Mass. She taught religious education in West Chazy, N.Y., and in Plattsburgh, N.Y. She worked in the Ogdensburg Diocesan Religious Education Department. Sister taught religion at Mount Assumption Institute in Plattsburgh, N.Y. She was Prioress of the Motherhouse of the Dominican Sisters of Fall River, teacher and assistant principal at Mount Assumption Institute, and pastoral associate at St. Mary's Parish in Massena, N.Y. From 1992-93, she was involved in community outreach at the Advocate Center in Norton, Va. From 1995-99, she was a member of the leadership team of the Dominican Sisters of Hope. Following a sabbatical, Sister Anne Marie was pastoral associate at Holy Innocents Parish in Pleasantville, N.Y. She later worked in the finance office of the Dominican Sisters of Hope and was a part-time lecturer at Mount St. Mary College, Newburgh, N.Y. From 2006 to 2015, Sister Anne Marie was involved in pastoral outreach at Idlewild Creek Apartments in Cornwall, N.Y., and RCIA for St. Thomas Parish in Cornwall, N.Y. Upon retirement in 2015, she first lived in assisted living at Braemar in Middletown, N.Y., and then moved to St. Catherine of Siena Convent in Caldwell, N.J., in 2017.
Sister Anne Marie was generous in sharing her talents and time wherever she ministered and lived. She was particularly fond of gardening and not only took care of her flowers, but planted and tended gardens for others.
Sister Anne Marie is survived by her sister Mary Theresa Ryan, her sister-in-law Linda Ryan and a niece and nephew. She is predeceased by her parents and her brother Richard Ryan.
Sister's funeral was held on Monday, Nov. 25, 2019, in the Mariandale Chapel located at the Dominican Sisters Center of Hope, 299 North Highland Avenue, Ossining, N.Y.
Sister was cremated and her cremains will be buried in the spring of next year in Saint Patrick Cemetery in Chateaugay, N.Y.
Published on December 12, 2019
To plant a tree in memory of Sister Anne Marie Ryan, OP, please visit Tribute Store.

Plant a tree in memory
of Sister Anne

A place to share condolences and memories.
The guestbook expires on March 11, 2020.

Anne Dragoon Smith
Sister Anne was very good friends with my mother and father when she was living in West Chazy by the river . I was only around 5 years old and she taught me to ice skate right on the river next to where all the nuns lived . Back then all their habits went to the ground and their veils covered their hair so she would skate and her habit would flow in the wind and she was a great skater I don’t ever remember ever falling once . In the Summer she would cone over with other sisters that live there and My parents would cook out I have pictures of myself and Sister Ann on my dads lawnmower!!
I send thoughts and prayers to your family and will always the ice skating nun memories !! Thank you Si...ster AnnRead more
Renee
Thank you for all you did to teach us and your caring heart that fueled you to teach teenagers. Rest in peace Sister Anne Marie
Lynda Wood Bevins

Oh, this is so sad. I knew Sister Anne Marie from years ago. What a great lady she was. God bless her and her family.