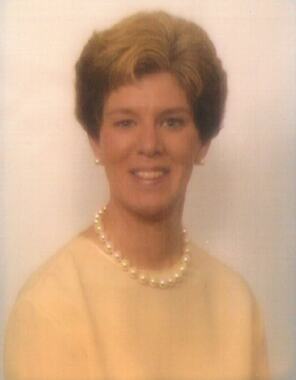 Back to Sandra's story

Sandra McNeil, 69, of Grace Avenue, passed away on Thursday, Jan. 24, 2019, at her residence.
She was born in Plattsburgh on Jan. 15, 1950, the daughter of Randall and Margaret (St. Denis) Jennette.
Sandra graduated from Plattsburgh High School in 1967, received her Bachelor Degree in 1971 and her Master's Degree in 1989, both from SUNY Plattsburgh.
Sandra became a registered dietitian in 1976 after meeting all national qualifying standards. She worked at CVPH, UNC in Chapel Hill and Glens Falls Hospital for a total of 42 years of practice. In addition she did private consulting work with many organizations. Many presentations were provided nationally, on the state-level, along with a large volume of media interactions.
Sandra was a member of the NYS Academy of Nutrition and Dietetics, serving on the Board for many years. She served on many national committees and task forces. Successfully she achieved the Fellow Status by the Academy of Nutrition and Dietetics.
She was elected as NY Delegate to the National organization for seven years. She also served as NY Public Policy Coordinator for five years working on topics in New York and Washington, DC such as the Farm Bill, reimbursement, diabetes and licensure.
Sandra enjoyed mentoring students and interns for many years. In 2008 she earned the competitive award of Distinguished NY Dietitian, in 2014 she was appointed by the NY Regents Board of Dietetics and Nutrition (office of the professions) and 2016-2017 Co-Chair of NYS Academy 3-day Centennial Exposition in national celebration of the 100 years of the profession of dietetics. National speakers and exhibits were abundant.
After returning to Plattsburgh in 2013 she engaged with friends of Point au Roche, serving on the Board, Clinton County Master Gardener Program, Kent DeLord House Museum, serving on the board and Garden Club President, and senior Fitness Program.
Survivors include her two children, Kelly and Jessie LaFountain of Beekmantown and Darren McNeil and his companion, Kasey Murray of Maine; three grandchildren, Kendra, Michaela and Hannah LaFountain; siblings, Carol and Bob Schwartz of Texas, Rhonda and Barton Strack of Glenville, N.Y., Randall and Ursula Jennette of Beekmantown, Scott and Barbara Jennette of West Chazy and Angela Jennette of Plattsburgh.
She was predeceased by her parents and infant sister, Lisa.
A Mass of Christian burial will be celebrated Saturday, Jan. 26, 2019, at 10 a.m. at St. Peter's Church in Plattsburgh. Burial will be at a later date in St. Peter's Cemetery.
Donations in her memory may be made to the Kent DeLord House or Friends of Point au Roche.
To share a memory or condolence with her family, please visit www.rwwalkerfh.com.
Arrangements have been entrusted to the R.W. Walker Funeral Home, 69 Court Street, Plattsburgh, N.Y.
Published on January 25, 2019
To plant a tree in memory of Sandra McNeil, please visit Tribute Store.

Plant a tree in memory
of Sandra

Restore the guestbook to view the 9 more posts by family and friends, and share a memory or message of condolence of your own.