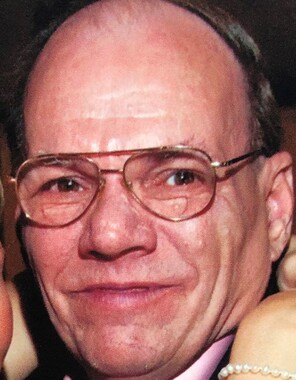 Back to Ronald's story

Ronald P. Frennier, 63, of Route 22, passed away Monday, Jan. 14, 2019, at his home under the loving care of his family and Hospice of the North Country.
He was born in Plattsburgh on Feb. 26, 1955, (or February 24 depending on who you ask) the son of Arthur and Winifred (Trombley) Frennier.
Ron owned and operated his own car dealership, Frennier's Used Cars and also R and J Subs for many years. He enjoyed repairing and restoring old cars in his garage. He was an avid NASCAR enthusiast and enjoyed spending time with his family and always was finding projects around the house to complete.
He is survived by his wife Julie (Dupee) Frennier, his children and their spouses, Adam and Nicole Frennier, Cale Frennier and fiancee Savanah Acors; his mother, Winifred Frennier; his siblings and their spouses, Steven Frennier and his wife Dawn, Elizabeth (Betty) Muller and her husband Shane, Susan Engstrom and her husband Dan, Ellen Delong, Michael Frennier and his wife Lori; his brothers-in-law and sisters-in-law, Terry Lozier, Tami and Dave Richer, Neil Dupee, Dianne Laurin; his grandchildren, Carter, Keelan, Owhan, and one on the way, his Godson Cody Garrow, his mother-in-law, Marie Dupee; many nieces and nephews and his cat Midnight.
He was predeceased by his father, Arthur Frennier in 2017, a brother, Arthur "Artie" Frennier in 1970, a sister, Kathy Lozier in 2018, his father-in-law, Leon Dupee and a brother-in-law, Lee Dupee.
Calling hours will be held on Thursday, Jan. 17, 2019, from 3 to 6 p.m. at the Brown Funeral Home in Plattsburgh. A Mass of Christian burial will be celebrated on Friday, Jan. 18, 2019, at 10 a.m. at St. Peter's Church. Interment will be in the parish cemetery at a later date. Memorial donations may be offered to Hospice of the North Country or FitzPatrick Cancer Center.
Arrangements are entrusted to Brown Funeral Home, 29 Broad St., Plattsburgh, NY 12901. (518) 561-3980. Online condolences and memorial candles may be offered at www.brownfuneralhomeinc.com.
Published on January 15, 2019
To plant a tree in memory of Ronald P. Frennier, please visit Tribute Store.

Plant a tree in memory
of Ronald

A place to share condolences and memories.
The guestbook expires on April 15, 2019.

Restore the guestbook to view the 6 more posts by family and friends, and share a memory or message of condolence of your own.