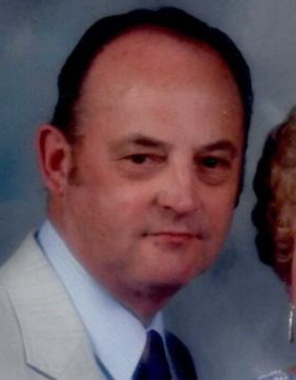 Back to Robert's story

Robert F. Patnode, 89, formerly of Brand Hollow Road, Peru, N.Y., died Saturday, Jan. 11, 2020, at the UVM Health Network, CVPH in Plattsburgh, with his loving family by his side.
He was born in Altona, July 11, 1930, the son of Frank and Gladys (Smart) Patnode. Bob grew up on his father's farm in Altona and attended Altona High School.
Bob married Louella "Lou" Patnode on her birthday, Oct. 10, 1949, at St. Peter's Church in Plattsburgh. She predeceased him Aug. 5, 2007, following 57 years of marriage.
He worked for Imperial Wallcoverings in Plattsburgh for 28 years before retiring. Prior to that, he had driven moving trucks cross-country for Mayflower.
Bob was heavily involved in volunteer work being an Honorary Life Member and past Grand Knight of the Knights of Columbus Council 7273 in Peru. He delivered meals for the Clinton County Home Delivered Meals Program starting in 1995 providing meals to what became many friends he made along his routes. He continued delivering for 18 years until he was 83. He would say that "I think I get more than I give by volunteering."
Bob had many interests and hobbies, but his favorite ones involved his family. He always enjoyed family cookouts and gatherings, spending many summer Sundays around the pool with his sons and their families. He went on multiple cruises with Steve and his family, as well as full family gatherings in beach houses in Virginia Beach. Bob was always active, often being spotted at the gym well past his 80th birthday. He loved working in his woodshop, spending hours crafting toys, toy boxes and birdhouses that would be given to friends and family members. He enjoyed racing of all types, having worked on a pit crew at Airborne in his younger years. He enjoyed attending NASCAR races as well as always finding time to be involved in his son's and grandson's motocross racing.
To those who knew him, Bob will always be remembered as someone who was always a friend who would do whatever he could to help others.
Left to cherish the memory of Bob are, three sons and two daughters-in-law, Steven Patnode and companion Clara McDaniel of Wimauma, Fla., Stewart and Jacqueline Patnode of Plattsburgh, Timothy and Carol Patnode of Peru; his brother, Ralph Patnode of Plattsburgh; grandchildren, Alex, Katelin, Jesse, Joshua, Justin, Maggie, Derrick, Ryan and Curtis Patnode; and 8 great-grandchildren.
In addition to his parents and wife, he was predeceased by an infant daughter, Mary Patnode; sisters, Joanne and Anita; brothers, Leonard, Lawrence and also Clarance, who fought and died for our Country in WWII.
Calling hours will be held Tuesday, Jan. 14, 2020, from 4 to 6 p.m. at the Hamilton Funeral Home, 294 Mannix Road, Peru. A Mass of Christian burial will be celebrated Wednesday, Jan. 15, 2020, at 11 a.m. at St. Augustine's Church in Peru with Rev. Alan D. Shnob, parish priest, celebrating. Burial will be held at a later date in the parish cemetery.
Donations in his memory may be made to the Alzheimer's Association.
Arrangements are in the care of the Hamilton Funeral Home, 294 Mannix Road, Peru, 643-9055. To offer an online condolence, share a symbolic gesture, or share a photo in memory of Robert Patnode please visit www.hamiltonfuneralhome.com
Published on January 13, 2020
To send flowers to the family of Robert F. Patnode, please visit Tribute Store.

Send flowers
in memory of Robert

A place to share condolences and memories.
The guestbook expires on April 12, 2020.

A memorial tree was planted in memory of Robert F. Patnode.  Plant a tree

Lindsay Tamara Marshall
“Uncle Bob” was my loving godfather, he and “Grandma Lou” were like true grandparents to me from birth. I am thankful and blessed by the love & kindness they always showed.
Meagan Pilon
Bob had a definite sense of humor and on some days when I'd be running late or crazy he'd bring out that humor that would make me laugh and let go of even just a little bit of stress. He will always have a place in my heart with that quick smile. I will miss seeing him work on his birdhouses or jewelry boxes (my daughter has one he made on her dresser) or even on a puzzle or two. He was a sweet man with the nicest family and my prayers go out to them all.
Christopher
I'm so sorry for your loss. I really liked Bob. I have fond memories as a kid being at his house. My prayers goes out to all his family
Sandy Lashua
My deepest sympathy to Steve and Clara and their whole family
Tim and Karen Barber
Bob was a wonderful man with so much talent; always had a smile and would help anyone at anytime. We shared many good times while Bob was involved in the Imperial Federal Credit Union. Our deepest condolences to his family. Karen and Tim Barber
View all