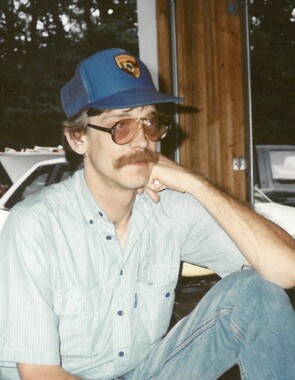 Back to Ralph's story

Ralph Joseph Bleau, lovingly known as "Joe Bleau" or "RJ", age 59, passed away on Jan. 16th, 2019. He was born to Ralph and Lorraine Bleau.
Joe received his Bachelor of Science degree in Civil Engineering from Clarkson University in Potsdam, N.Y., in 1981. Joe immediately commenced his employment with the Department of the Navy as a Naval Architect in the Ocean Engineering Department, first at Mare Island Naval Shipyard, Vallejo, Calif., and lastly at Puget Sound Naval Shipyard, Bremerton, Wash. His career lasted over 30 years. During these years, he found a second family among his fellow workers and friends. The bonds he formed followed and sustained him throughout his many years away from his biological family and during his final trials.
Joe is survived by his mother, Lorraine M. Bleau; siblings, Christine L. Dick and David Bleau; his brother-in-law Keith Dick; niece and nephew Wayne and Lorrae Dick; his Uncle Roy Beck and wife Linda; Aunt Dianne Beck and numerous cousins. There are also many, many friends. One of the longest lived and most special friendships is that of Ed and Linda Champagne.
He was predeceased by his father.
Calling hours will be Thursday, Jan. 31, 2019, from 2 to 4 p.m. at Brown Funeral Home, Plattsburgh. A funeral service will follow at 4 p.m. in the Brown Funeral Home Chapel.
In lieu of flowers the family has requested donations be made to St. Jude Children's Research Hospital. The family intends to donate the lump sum gathered from the envelopes as well as from Bremerton, Wash., to ensure a donation plaque is included on the wall at St. Jude's as was done when his father passed. Thank you.
Arrangements are entrusted to Brown Funeral Home, 29 Broad St. Plattsburgh, NY 12901, (518) 561-3980. Online condolences may be made and memorial candles lit at www.brownfuneralhomeinc.com.
Published on January 29, 2019
To plant a tree in memory of Ralph Joseph Bleau, please visit Tribute Store.

Plant a tree in memory
of Ralph

A place to share condolences and memories.
The guestbook expires on April 29, 2019.

Restore this Guestbook to share a memory or message of condolence of your own.