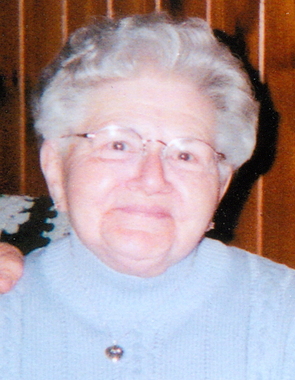 Back to Naomi's story

Naomi B. Davidson, 93, of the Hardscrabble Road, Cadyville, died Friday, Jan. 10, 2020, at Meadowbrook Healthcare, with her loving family by her side.
She was born in Saranac, Nov. 24, 1926, the daughter of Edgar and Anna (Everleth) Bull. Naomi attended Saranac Schools, Cadyville High School, and graduated from Plattsburgh High School in 1945. She later attended Plattsburgh Business School (PBI).
Following graduation, Naomi worked for Long's Laundry and then John Hancock Insurance Company. After several years of caring for her family at home, she worked at Saranac Central School in the kitchen until retiring in 1985.
Naomi was a lifetime member of the Saranac United Methodist Church, member of the Tawassee Club, and also a member of the United Methodist Women. She taught Sunday School, was involved with the 4-H Project (pies), and was active with PTA.
Naomi made the best donuts! She was fond of all children, her family, neighbors, and the home she and Robert built together. She also enjoyed cleaning and was known to run the vacuum at all hours, and was also very proficient with an iron.
Left to cherish the memory of Naomi are, her husband of 73 years, Ronald L. "Robert" Davidson, whom she married Nov. 2, 1946, at the Saranac United Methodist Church Parsonage by Rev. Frank Tarling; children, Sue Anne Coryer, Robert D. (Sandra) Davidson, and Kathy J. (James) Facteau; twelve grandchildren, Cullen Coryer (Kelly), Carrie Coryer (Jeff), Robert Coryer (Heather), Nicole Gillespie (Tom), Corey Davidson (Timolyn), Bethany Blair (Dustin), Amy Myers (Illya), David Davidson (Colleen) Ashley Eney (Brett), Jennifer Facteau-Rabideau (Otis), Jodi Facteau-St. Gelais (Jay), and Jamie Facteau-Gadbois (Ben); twenty-six great-grandchildren, Jackson Coryer, Maxwell Coryer, Addalyn Coryer, Colby Coryer, Kennedy Coryer, Scarlett Coryer, Summer Gillespie, Brooke Gillespie, Brady Blair, Zoey Blair, Molly Davidson, Elise Davidson, Isaac Davidson, Abriana Boissey (Dylan), Miya Wickramasinghe (Vihan), Keira Davidson, Peyton Davidson, Noelle Eney, Reese Rabideau, Rowen Rabideau, Quinn St. Gelais, Eliza St. Gelais, Amelia St. Gelais, Maci Facteau-Holland, Myles Facteau-Holland, and Oliver Facteau-Gadbois; brother-in-law, Robert "Bud" Seymour; and several nieces and nephews.
In addition to her parents, she was predeceased by her son and daughter-in-law, Ronald E. and Mary Ann Davidson; son-in-law, Alan Coryer; brother and sister-in-law, Carlton and Patricia Bull; and her aunt and uncle, Frances and Merlyn Dewey.
Calling hours will be held Monday, Jan. 13, 2020, from 5 to 7 p.m. at the Hamilton Funeral Home, 294 Mannix Road, Peru. A funeral service will be held Tuesday, Jan. 14, 2020, at 11 a.m. at the Saranac United Methodist Church with Rev. Chad Deans, church pastor, officiating. Burial will be in the spring in the Saranac Independence Cemetery.
Donations in her memory may be made to the Saranac United Methodist Church.
Arrangements are in the care of the Hamilton Funeral Home, 294 Mannix Road, Peru, 643-9055. To offer an online condolence, share a symbolic gesture, or share a photo in memory of Naomi Davidson please visit www.hamiltonfuneralhome.com
Published on January 13, 2020
To send flowers to the family of Naomi B. Davidson, please visit Tribute Store. 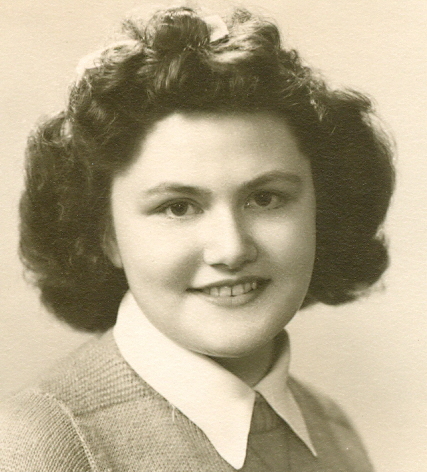 Send flowers
in memory of Naomi

A place to share condolences and memories.
The guestbook expires on April 12, 2020.

Carrie Desilets
So sorry to hear about Aunt Naomi. My mom loves to visit with her and U cle Robert. My thoughts and prayers are with the family!
Betsy (Wright) and Mike Settevendemio
So sorry for the loss of Naomi. What a kind lady she was. I pray for God's comfort for all the family.
Ken Davies

Naomi was a true, loyal. Citizen of The Town of Sananac with a heart overflowing with love and peace! She will be forever missed by all who knew her. My thoughts and prayers go out to her, her husband Bob and all her wonderful family!