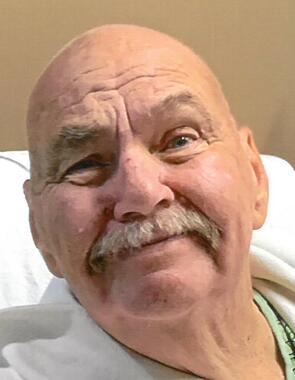 Back to Lee's story

Lee H. Andrews, 83, of Plattsburgh, passed away Saturday, Jan. 18, 2020, at the UVM Health Network-CVPH with his loving family by his side. He was born in Portland, Maine, on July 14, 1936, the son of the Harry and Edith (Grant) Andrews.
Lee graduated from Fryeburg Academy in 1954. He then entered the U.S. Marine Corps and served in the Korean Conflict and Japan as a Radioman. He later was involved in law enforcement wherever he resided. He played semi-pro baseball in Scranton, Pa., for the Boston Red Sox Organization. He then entered corrections in September of 1960 and was employed at Napanoch, Sing Sing and Woodbourne where he enjoyed his horseback patrol transferring to Dannemora in 1967. In 1980 he became a Sergeant and transferred to Altona where he was instrumental in the opening of the facility. He retired from Altona in 1985 as a Sergeant. During that time, he served many years for the Dannemora, Beekmantown and Peru Fire and E.M.S. Departments where he finished his career as County Coordinator and Fire Investigator (Car 8). He spent several years as a Fire Instructor for the NY Department of State Office of Fire Prevention and Control and as a Certified Bomb Technician.
Lee was an avid outdoorsman and sportsman and belonged to several hunting clubs. He enjoyed tying his own flies and finding very remote streams to fish, loved reading, and was very proud of his Maine roots.
He is survived by his wife Kim (Miller) Andrews, his daughters, Suzanne Andrews and partner Rodney Keller, Beth Giroux and husband Jamie, Christine Andrews Cayea and husband Floyd; his stepchildren, Nicholas Gonzales and wife Rachael, Jaime Frenyea and husband Dan; his grandchildren, Steven and wife Katie DuBrey, Eric Normandin, Shirley and husband Bill Lawler, Caleb Mall, Brianna Marbut, Ethen Frenyea and Natalie Gonzales; his great-grandchildren, Piper, Kalli, Ernie, Liam, Connor, Jack, Jackson; his sister-in-law, Ann Miller, and fur babies Spunky and Scamp.
He was predeceased by his parents, a sister Ann Sturdevant and natural mother Rachael Bennett Sturdevant.
Calling hours will be held on Tuesday, Jan. 21, 2020, from 4 to 7 p.m. at the Brown Funeral Home, Plattsburgh. A funeral service will follow in the funeral home chapel with Military Honors and Firefighter Honors. Interment will be in Hillside Cemetery in Stoneham, Maine, at a later date.
Memorial donations may be offered to the Volunteer Fire Department of your choice.
Arrangements are entrusted to Brown Funeral Home, 29 Broad St., Plattsburgh, NY 12901, (518) 561-3980. Online condolences may be offered at www.brownfuneralhomeinc.com.
Published on January 20, 2020
To plant a tree in memory of Lee H. Andrews, please visit Tribute Store.

Plant a tree in memory
of Lee

A place to share condolences and memories.
The guestbook expires on April 18, 2020.

Beautiful in Blue was purchased for the family of Lee H. Andrews by Pepsi Beverages.  Send flowers

Walter Russell
Condolences to Lee's family. He was a good man and a pleasure to have known.
Dean Burnell
Lee was one of the best as car 8 and instructor for Clinton county my condolences go out to his family. He will be greatly missed.
Tim ONeill
Very sorry to hear about Lee. He was a great friend , patron of my business and fellow firefighter. He will be greatly missed by all who ever met him. My thoughts and prayers go out to the family.
Peter Niforos

My condolences to the entire Andrews family. Lee was my favorite fire instructor and I greatly appreciate and respect this man. He, definitely, will be missed by many. RIP Lee.

Tom and Terry Plizga
Sending our sincere condolences for the loss of a fine man. Enjoyed many good years at Mink Brook hunting and fishing.
View all