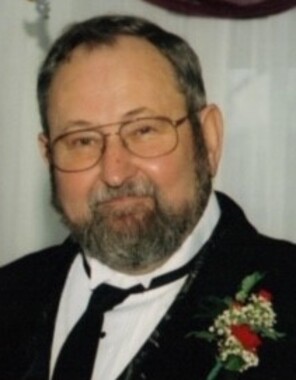 Back to Joseph's story

Joseph James Siskavich Sr., 80, of Lyon Mountain, passed away after a brief illness on Thursday, Feb. 13, 2020, at the UVM Medical Center in Burlington surrounded by his many loved ones. Joseph was born on Oct. 27, 1939, at CVPH in Plattsburgh, the son of Bernard and Eva (Kaska) Siskavich.
Joe "Butch" retired from the NYS Department of Corrections after 35 years of service. When he retired, he was the Fire and Safety Officer at the Lyon Mountain Correctional Facility. Joe was an avid outdoorsman and for many years taught hunting safety courses and enjoyed repairing and cleaning all sorts of rifles. In later years, he loved nothing more than to be on his pontoon boat with the wind in his face and a fishing pole in hand.
Joe was skilled with his hands, always able to get even the most intricate knots out of the necklaces of his six daughters. He also loved the fine detail work involved in refinishing antique furniture and knew all the tricks for removing the most stubborn paint. And, each spring, generations of Siskavich kids and grandkids would anxiously await the blooming poplars to be dazzled with a homemade whistle that Joe would whittle with great patience and mastery, a skill he learned from his own father.
Joe was as jolly as St. Nicholas with a belly to match. His love for donuts and soft-serve ice cream is legendary, surpassed only by the love for his dogs and children (probably in that order). Joe was a devout Catholic and often planned his day around his three o'clock rosary. He found great strength and comfort in his faith. His children regret to inform the New York State lottery and Publishers Clearinghouse that they may now go out of business without his long, loyal support. His family will miss his sunny life view and warm humor. He kept his family and his nursing staff in stitches, right up until the end of his life.
Joe was predeceased by his wife of 52 years, Linda (Shantie). He leaves behind ten children; daughters Annette Bradshaw, Lorraine Lobdell and her husband Raye, Pamela Pitts and her husband Richard, Virginia Bosley and her husband Daniel, Kristin Nichols and her husband Bradley and Kimberly Siskavich; sons, Joseph Siskavich and his wife Cheryl, Andrew Siskavich, James Siskavich and his wife Kayla, and Michael Siskavich and his wife Lauren. His presence will also be missed by his grandchildren, Justin Siskavich, Chloe Lobdell, Lydia Pivetta, Rylee Pivetta and Preston Nichols; two great-grandchildren, Bella and Sofia; and brothers Francis Siskavich, Robert Siskavich, William and Patricia Siskavich, and Edward and Priscilla Siskavich. Joe was also predeceased by two brothers, Bernard Siskavich and Felix Siskavich.
Calling hours will be held on Wednesday, Feb. 19, 2020, at St. Bernard's Church, Lyon Mountain, from 4 to 7 p.m.
A Mass of Christian burial will be celebrated on Thursday, Feb. 20, 2020, at 11 a.m. at St. Bernard's Church, Lyon Mountain, with Rev. Todd Thibault officiating.
Spring burial will be held in St. Bernard's Cemetery, Lyon Mountain.
Arrangements are with the Chateaugay Funeral Home. Online condolences may be offered at www.chateaugayfuneralhome.com.
Published on February 14, 2020
To plant a tree in memory of Joseph James Siskavich Sr., please visit Tribute Store.

Plant a tree in memory
of Joseph

Shelly (Siskavich) and Tim Roberts
We are sorry for your loss. Our thoughts and prayers are with you all during this time. Uncle Joe will truly be missed with his big great smile.
Pete Kowalowski
Very sorry about the loss of Joe! A testament to his life, to me, is the nice people his children have grown up to be. Nothing better than a strong family man!
Andrew Siskavich
I love your gramps and I hope your with gram❤️❤️❤️
Larry Alphomso

So sorry for youre loss

Darlene Charland
I'm so sorry for your loss he was a great man
Grace Sandagato
Prayers for the family
Mike Kelly
Joe and I spent many hours planning, plotting and picking on each other. He was a great guy and a great coworker. Whoever wrote the obit is terrific! Spot on! Rest in peace, old buddy.
pat smith
so sorry for you loss. sending prayers your way
Mary Benware
I want to thank Joe for being such a good officer at Lyon Mountain Correctional Facility and helping my husband Anthony during an altercation with an oug of control inmate. I will always remember
That is Joe.
Chad Sterling
So sorry for your loss. Praying for your family in this time of sorrow.
Ronald
May Joe's life inspire all his loved ones to live it to its fullest. Everyday is a bonus and make sure you treat it that way!! Love and thoughts and prayers to all of Joe's family.
View all 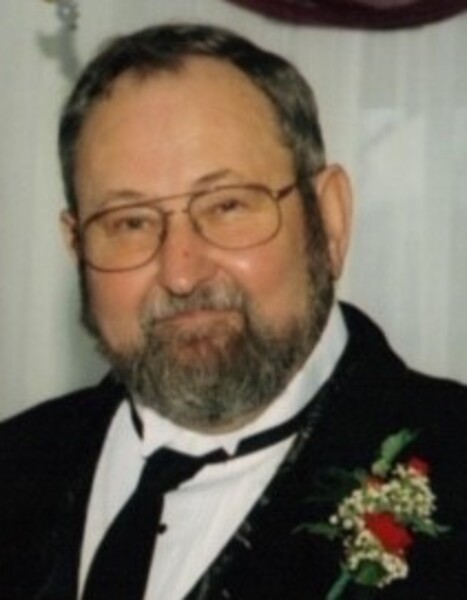