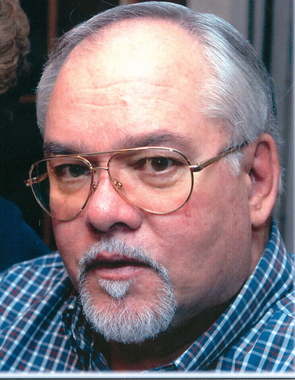 Back to John's story

John C. Santor, 74, of Woodyard Lane, AuSable Forks, died Monday, Jan. 21, 2019, at his home.
He was born in Windsor, England, on Jan. 5, 1945, the son of Eugene and Elizabeth (Rick) Santor. John graduated from AuSable Forks High School in 1963 and later attended Canton University.
He married the former Deanna L. Perkins, June 15, 1968, at the United Methodist Church in AuSable Forks.
John worked at Pale Face Ski Center, later as a machine backtender for J & J Rogers Company, and lastly was a NYS Correction Officer, retiring in 2001, following 33 years of dedicated service.
John was an avid hunter and fisherman and was the last standing member of the One Shot Hunting Club. He was a lifetime member of the NRA and a proud member of the Sons of the American Legion Post 504. John also enjoyed camping, but most importantly he loved spending time with his family.
Left to cherish the memory of John are, his loving wife of 50 years, Deanna Santor; sons, John (Susan) of Arizona and Gene (Paula) of Cumberland Head; grandchildren, Sierra, Gabriel, Isabelle and Diego, all of Arizona, and Hailey, Lynzee, Mallorie and Marly, all of Plattsburgh; sister, Rikki (Randy) Kane of Plattsburgh; brothers-in-law and sisters-in-law, Linda (Jim) Spear, Randy (Judy) Perkins and Jody (Michelle) Perkins; and several nieces and nephews.
In addition to his parents, John was predeceased by his mother and father-in-law, Richard and Leota Perkins.
Calling hours will be held Saturday, Jan. 26, 2019, from Noon to 2 p.m. at the Hamilton Funeral Home, 294 Mannix Road, Peru. A funeral service will follow at 2 p.m. in the Hamilton Funeral Home Chapel. Committal prayers and burial will follow in the Fairview Cemetery in AuSable Forks. A reception will follow at the American Legion Post 504 in AuSable Forks.
Donations in his memory may be made to the AuSable Forks Ambulance Service, School Lane, AuSable Forks, N.Y.
The family would like to thank the outstanding AuSable Forks EMT and ambulance service members.
Arrangements are in the care of the Hamilton Funeral Home, 294 Mannix Road, Peru, 643-9055. To offer an online condolence, share a symbolic gesture, or share a photo in memory of John Santor please visit www.hamiltonfuneralhome.com
Published on January 22, 2019
To plant a tree in memory of John C. Santor, please visit Tribute Store.

Plant a tree in memory
of John

A place to share condolences and memories.
The guestbook expires on April 22, 2019.

Restore the guestbook to view the 3 more posts by family and friends, and share a memory or message of condolence of your own.