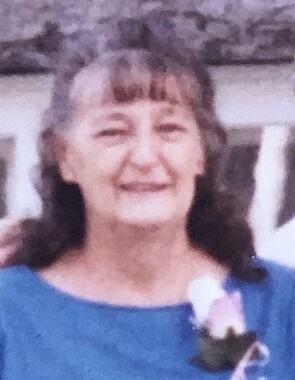 Back to Jean's story

Jean Elizabeth LaSalle, 74, of Rugar Street, passed away Friday, Jan. 17, 2020, at her home with family by her side. She was born in Plattsburgh on March 1, 1945, the daughter of the late Wilfred and Sadie (St. Louis) Latour.
Jean was a hard worker and was employed at the Aranak Ribbon Mill for over 20 years. She also was a volunteer at the Salvation Army Thrift Store. Her greatest joy was her family, especially her six grandchildren and seven great-grandchildren. Jean was very appreciative of the care given to her especially by her granddaughter Dawn LaSalle.
She is survived by her children and their spouses, Robert Jr. and Nancy LaSalle of West Chazy, Travis and Trisha LaSalle of Plattsburgh, John and Heather LaSalle of Plattsburgh, her sisters and their spouses: Vivian LaBier of Plattsburgh, Doris Duso of Beekmantown, Bertha and Allan Darrah of Plattsburgh, a brother Henry Latour of Plattsburgh, six grandchildren; seven great-grandchildren; and many nieces and nephews.
She was predeceased by her parents, her husband Robert W. LaSalle Sr., her brothers "Jack and "Tut" Latour and sisters Betty Devins and Barbara Silverman.
Calling hours were held on Monday, Jan. 20, 2020, from 10 to 11 a.m. at the Brown Funeral Home, 29 Broad St. in Plattsburgh. Funeral services followed at 11 a.m. in the Brown Funeral Home Chapel. Interment will be in St. Peter's Cemetery at a later date. Memorial donations may be offered to Hospice of the North Country.
Arrangements are entrusted to Brown Funeral Home, 29 Broad St., Plattsburgh, N.Y., (518) 561-3980. Online condolences may be made and memorial candles may be offered at www.brownfuneralhomeinc.com.
Published on January 20, 2020
To plant a tree in memory of Jean Elizabeth LaSalle, please visit Tribute Store.

Plant a tree in memory
of Jean

A place to share condolences and memories.
The guestbook expires on April 17, 2020.

Tammy
I love this lady!! We became friends many many years ago and did not see each other very often but when we did she was always so friendly,and during her difficult time I remember seeing her in a little store downtown and she remembered me!!!!!!She will be missed♥️

A memorial tree was planted in memory of Jean Elizabeth LaSalle.  Plant a tree

Arthur J LaSelle
Jean was a special person to me and a great first cousin, I am so sorry not to be able to make it up there. I live in NC . She will be miss.
View all