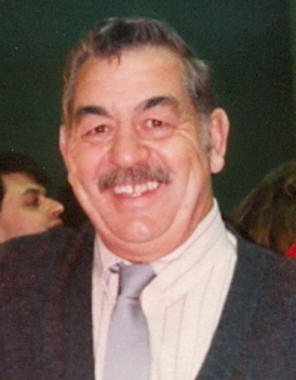 Back to Harry's story

Harry E. LaHue, 80, of Hill Street, Keeseville, died Wednesday, Dec. 11, 2019, at The University of Vermont Medical Center in Burlington, Vt., with his loving family by his side.
He was born in Keeseville, May 19, 1939, the son of Frank and Goldie (Elwell) LaHue. He grew up in Keeseville and graduated from Keeseville High School in 1959. He served in the United States Navy aboard the USS Bushnell from 1959 until his honorable discharge in 1963.
He married the former Clara LaValley Sept. 26, 1964, in St. John's Church in Keeseville. She predeceased him July 24, 2019.
Harry worked for New York State Dept. of Transportation for more than 30 years prior to retiring. For 10 years he took pride in volunteering for JCEO and was a former member of the Keeseville Elks Lodge 2072.
Harry enjoyed bowling, feeding the birds, working in his vegetable garden, the Christmas season, and was a longtime fan of the NY Giants and the Brooklyn Dodgers.
Left to cherish the memory of Harry are his children, Daniel (Judy) LaHue, and Angela Evens and her companion, Kevin Nolan; son-in-law, Douglas Evens; brother and sister-in-law, Douglas and Cheri LaHue; grandchildren, Tiffany and Ryan Evens; and many nieces and nephews.
In addition to his parents and wife, he was predeceased by his brother, Frank LaHue; sisters, Hazel Avalone, and Elnora Blaise; and his beloved canine companions, Frosty and Lucky.
Calling hours will be held Saturday, Dec. 14, 2019, from 1 to 3:30 p.m. at the Hamilton Funeral Home, 124 Clinton Street, Keeseville. A funeral service will follow at 4 p.m. at St. Paul's Episcopal Church in Keeseville with Rev. Blair Biddle, officiating. Military honors will follow the funeral, in the church. Burial will be in the spring in the Evergreen Cemetery.
Donations in his memory may be made to the Elmore SPCA in Peru.
Arrangements are in the care of the Hamilton Funeral Home, 124 Clinton Street, Keeseville, 834-7667. To offer an online condolence, share a symbolic gesture, or share a photo in memory of Harry LaHue please visit www.hamiltonfuneralhome.com
Published on December 12, 2019
To plant a tree in memory of Harry E. LaHue, please visit Tribute Store.

Plant a tree in memory
of Harry

A place to share condolences and memories.
The guestbook expires on March 11, 2020.

Travis Blaise
I will forever miss my Uncle Harry! A wonderful man who’s wit and cheer was hard to surpass. Loved to be around him. 💔
Shelley Frazier

Angie, I am so very sorry for the loss of your dad. He was such a happy person and always had a smile on his face. My thoughts & prayers to you.