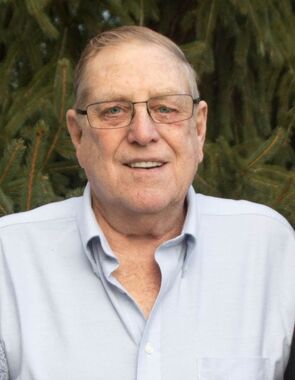 Back to Gary's story

Gary Freeman, 68, of Kimberly Lane, passed away Tuesday, Feb. 11, 2020.
He was born in Lowell, Mass., on April 26, 1951, the son of Clarence and Bernice (Tower) Freeman.
After graduating from Oxford Hills High School, Gary entered the United States Air Force with 22 years of service. While in the service Gary received the Vietnam Service Medal, Air Force Outstanding Unit Award, Air Force Commendation Medal, National Defense Service Medal, Small Ammo Expert Marksmanship Ribbon and many more ribbons.
Gary married Beth Hallenbeck in Northville, N.Y., in 1975, who passed away Nov. 2, 2013.
He worked at Curtis Lumber in Plattsburgh, in contractor sales. Gary was a member of the Shriners and the ABA.
In Gary's spare time he enjoyed talking politics, playing cards, spending time with his grandchildren and watching the NY Yankees.
He is survived by two daughters, Jennifer Ashlaw and her companion William Rabideau of Morrisonville, Heidi and Frank Freeman of Morrisonville; mother-in-law, Marion Hallenbeck of Gloversville; brother-in-law Don Woolley of Harrison, Maine; sister-in-law Deborah Hallenbeck of Seneca, N.Y.; grandchildren, Tyler, Ethan and Katelyn Freeman and Landon Ashlaw; several nieces and nephews.
He was predeceased by his parents, his wife, sisters Bernice Woolley and Charlene Woolley.
Calling hours will be held on Tuesday, Feb. 18, 2020, from 4 to 6 p.m. at R.W. Walker Funeral Home, 69 Court Street, Plattsburgh.
Donations may be made to Shriners Hospital for Children, Office of Development, 2900 Rocky Point Drive, Tampa FL 33607 or online at donate.lovetotherescue.org.
To share a memory or condolence with the family, please visit www.rwwalkerfh.com.
Arrangements have been entrusted to the R.W. Walker Funeral Home, 69 Court Street, Plattsburgh, N.Y.
Published on February 13, 2020
To send flowers to the family of Gary L. Freeman, please visit Tribute Store.

Send flowers
in memory of Gary

A place to share condolences and memories.
The guestbook expires on May 13, 2020.

Tami Thomas
so sad to see this news. He and Beth were both such caring people
Gayle Wager
So sorry to hear of Gary's passing. May he rest in peace!
Sue Hambleton
So sorry to hear the sad news ! Dave and I knew Gary and Beth for quite a few years ! We were all stationed in England at the same time ! I used to babysit Heidi ! We are sending all our prayers to Heidi and Jennifer ! So sorry for your loss.
View all