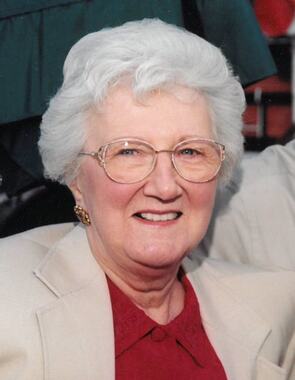 Back to Esther's story

Esther B. Bushey, 91, formerly of North Catherine Street, passed away Sunday, Jan. 13, 2019.
She was born in Mooers Forks, N.Y., on July 7, 1927, the daughter of Dow and Florence (Falloon) Blair.
Esther attended Plattsburgh Business School and later went to work as the secretary at the Mooers School. She went on to marry Clarence J. Bushey on June 7, 1948, in Mooers, N.Y. Clarence passed away on Oct. 20, 2018.
She was a charter member of the Sweet Adeline's and was an avid Bridge Player. Esther also enjoyed spending time gardening in her earlier years, but most of all she was the "Ultimate Homemaker." Esther loved preparing food for family and friends, and you would never leave hungry!
Esther then began working in the insurance industry for several years, retiring from The Agency Insurance Company in Plattsburgh.
She will be deeply missed by all those who had the honor of knowing her.
Survivors include her three children, Gerald and Laurie Bushey of Ponte Vedra Beach, Fla., Cathy and Edward Connell of Middleton, Conn., and Michael and Jennifer Bushey of Plattsburgh; six grandchildren, Jennifer Colyer, Matthew Bushey, Sarah Lowe, Bryan Connell, Kevin Connell, and Katelyn Connell; and twelve great-grandchildren.
Esther was predeceased by her husband; one great-granddaughter, Samantha Lane; and three siblings, Gordon Blair, Marjorie Clark, and Marion O'Hara.
The family wishes to extend their gratitude to the staff at Pine Harbor and Meadowbrook Healthcare for the wonderful care they provided to Esther.
Visitation will be held on Wednesday, Jan. 16, 2019, from 10 a.m. to 12 p.m. at the R.W. Walker Funeral Home in Plattsburgh. A funeral service will follow at 12 p.m. in the funeral home chapel.
Burial will take place in the spring in St. Peter's cemetery.
In lieu of flowers, donations in her memory may be made to the Plattsburgh Interfaith Food Shelf, 127 Beekman Street, Plattsburgh, NY 12901.
To share a memory or condolence with the family, please visit www.rwwalkerfh.com.
Arrangements have been entrusted to the R.W. Walker Funeral Home, 69 Court Street, Plattsburgh, NY 12901.
Published on January 14, 2019
To plant a tree in memory of Esther B. Bushey, please visit Tribute Store. 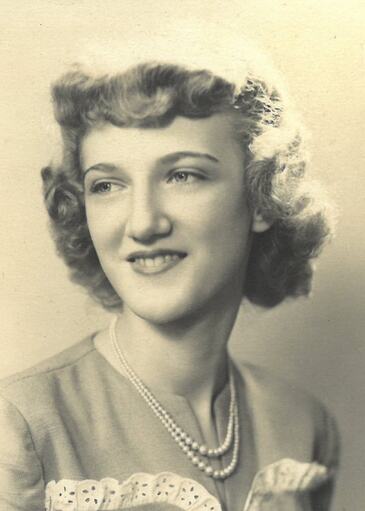 Plant a tree in memory
of Esther

Restore the guestbook to view the 5 more posts by family and friends, and share a memory or message of condolence of your own.