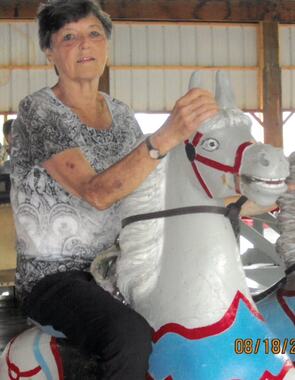 Back to Elsie's story

Elsie M. Golovach, 72, of Rabideau Street, passed away on March 23, 2020, at her home.
She was born in Plattsburgh on March 1, 1948, the daughter of Joseph and Mabel (Rabideau) Henaghan.
Elsie graduated from Saranac Central High School, and later married Robert Golovach on Aug. 1, 1970, at St. Alexander's Church in Morrisonville.
Elsie was a Time & Release Computations Secretary for Clinton Correctional Facility in Dannemora, retiring following 38 years of service. Elsie then went to work in the Clinton Dining Hall at Plattsburgh State University for 15 years.
She enjoyed knitting, stained glass, bingo, arts and crafts, going to the casino, and especially going to the Redford picnic to ride the Merry-Go-Round.
Survivors include her loving husband of 49 years, Robert Golovach of Cadyville; son, Matthew Golovach and companion, Tracey Fountain of Cadyville; brother, Tom Henaghan of West Chazy; sisters, Joan and Gary Lambert of West Chazy and Millie and Randy Tripp of West Chazy; sisters-in-law, Patty Norton and Beverly Lee; and many nieces and nephews. Elsie is also survived by her cousin, Philip Goddeau who was like a brother and her good friend, Judy Baski who was like a sister.
She was predeceased by her parents, son, Todd Golovach and brothers, Jim and Clifford Henaghan.
A Memorial Mass will be held at a later date in St. Alexander's Church in Morrisonville followed by burial in the parish cemetery.
Memorial donations may be made to the Cadyville Fire Department or Hospice of the North Country.
To share a memory or condolence with the family, please visit www.rwwalkerfh.com.
Arrangements have been entrusted to the R.W. Walker Funeral Home, 69 Court Street, Plattsburgh.
Published on March 23, 2020
To plant a tree in memory of Elsie Golovach, please visit Tribute Store.

Plant a tree in memory
of Elsie

A place to share condolences and memories.
The guestbook expires on June 21, 2020.

A memorial tree was planted in memory of Elsie Golovach.  Plant a tree

Bob and Matt, So very sorry for your loss. 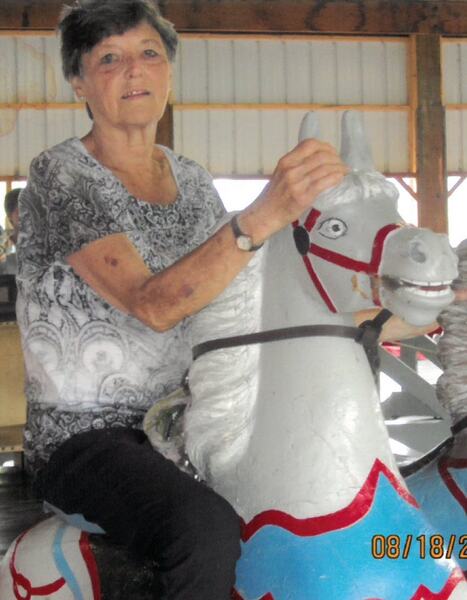