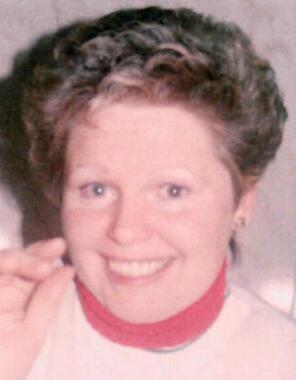 Back to Deborah's story

Deborah Ann Green, 62, of Brushton, died, Tuesday, April 2, 2019, at her home surrounded by her loving family and aided by Hospice of the North Country.
Born on Oct. 3, 1956, in Malone, N.Y., she was the daughter of Walter and Margaret (Bogette) Black.
Deborah was married to Donald Green on June 21, 1986, at the Chateaugay United Methodist Church, Chateaugay, N.Y.
She graduated from Salmon River Central School and North Country Community College. She was employed as a Registered Nurse and Office Manager for North Country Home Services for 30 plus years and touched the hearts of everyone she met. She was a member of First Baptist Church. Deborah enjoyed spending time at Chateaugay Lake with her family and had a passion for shopping, gardening and decorating.
She is survived by her husband of 32 years, Donald; three children, Chantel Martin and her husband, Derrick of Brushton, Kayleigh Green of Brushton, John Green and his wife, Alexis of Moira; four grandchildren, Jacob, Molly and Lauren Brown and Emmett Martin of Brushton; two sisters, Sandra Brownell and her husband Don of Bombay, N.Y., and Linda Fye of Dickinson, N.Y.
Deborah was predeceased by her parents, her mother-in-law, Sylvia Green and father-in-law, John Green.
Calling hours will be held at the Chateaugay Funeral Home on Friday, April 5, 2019, from 2 to 4 p.m. and 6 to 8 p.m.
A funeral service will be held on Saturday, April 6, 2019, at 2 p.m. at the Chateaugay United Methodist Church, Chateaugay.
Donations in her memory may be made to Hospice of the North Country or Franklin County Office for the Aging.
Online condolences may be offered at www.chateaugayfuneralhome.com.
Published on April 3, 2019
To plant a tree in memory of Deborah Ann Green, please visit Tribute Store.

Plant a tree in memory
of Deborah

A place to share condolences and memories.
The guestbook expires on July 02, 2019.