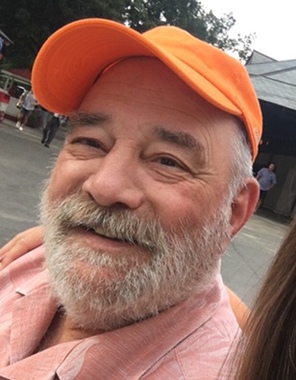 Back to David's story

David Raymond Baker, 72, of Adirondack Lane, has passed away.
What a man. Dave was born to David R. Baker and Emma (Cichella) Baker on August 26th, 1947, alongside his twin brother, Kenneth Baker. He is predeceased by his parents, Stonewall and Emma-Do.
David graduated from Plattsburgh High School in 1967. After graduation he became a member of the United States Navy. He was enlisted from 1967 to 1971 serving most of his duty overseas in Vietnam. He was aboard 3 ships, completing his service years on the USS Bauer (DE 1025). David was extremely proud of his time in the military. It gave him the opportunity to see the world.
If you asked David what his occupation was, he would tell you a carpenter like his father. But he made a living with the New York State Department of Corrections, Clinton Correctional facility. He owned and operated Adirondack Pressure Washing for many years and upon his retirement on April 3, 2005, Dave's perspective of life changed. The loves of his life were his wife of 33 years, Susan (LaMar) Baker and his daughter, Konnor. These women showed him what life was all about and they lived it to the fullest with him.
He is further survived by his twin brother and sister-in-law, Ken and Deb Baker, his sister Angela Elliot, and his brother and sister-in-law, Jeffrey and Lisa Baker. He was also blessed with so many incredible cousins, nieces, nephews and friends.
You might have run into David riding his Can-Am Spyder or vising one of the local establishments. He was a member of the Keeseville Elks Lodge No. 2072 and a lifetime member-at-large of the Veterans of Foreign Wars. David enjoyed his yearly travels to Myrtle Beach and Maine and betting on the horses at the local fair circuit or at Saratoga. He even had the opportunity to cross off a bucket-list item when the three of them traveled to Italy. "We are in Venice Italy; can you believe it!"
David was loyal, committed, and to the point. He enjoyed creating relationships with everyone and telling them how he felt about them, "You're the best."
At David's request, arrangements have been entrusted to Heald Funeral Home. There will be a Mass for David at St. Peters Church on Saturday, Feb. 1, 2020, at 11 a.m. Memorial donations can be made to any Veterans organization of your choosing.
To light a memorial candle or leave an online condolence please visit www.healdfuneralhomeinc.com
Published on January 23, 2020
To plant a tree in memory of David Raymond Baker, please visit Tribute Store.

Plant a tree in memory
of David

A place to share condolences and memories.
The guestbook expires on April 22, 2020.

Bob Minogue
1/3/77 we started here as friends, and Dave will be fondly in my memories until we meet again. He got it wrong though, through all these years ,he was the best. RIP buddy.
diana angelos obrien
My very fond memories of Dave go way back. In later years, it was always a joy to run into Dave (and Kenny and Debbie). He always was so happy to see you . It made me feel special and at home after so many years away. I will miss him so.
Jennifer Stanton trombley
Sue, I am so sorry for your loss. My prayers to you and Connor! David was loved my many.
Robb and Gerry Jenkins
My heartfelt condolences go out to the Baker family. Dave was a good man and will be missed. Ken so sorry for this heartbreaking loss. You guys were never Ken or David, you were Kenny and David. Never one without the other. From my family to yours love you. Robby
Thomas Brown
Dave, It was a pleasure to work with you at the annex at Clinton and I will have fond memories of our conversations. God bless you my friend Tom
I will remember our last conversation a couple of years ago when we spoke the campus corner restaurant RIP MY FRIEND
Deanie Durkee Barcomb
So sorry for the loss of this gentle man...always remember the good times..... My brothers and I will always have the fondest memories of sledding on "Baker Hill" RIP Dave
Robert and Bonnie Stewart
It was with regret we learned of David's passing. We will keep everyone in our prayers, David, Susan and Konnor.
James and Donna St.Hilaire
Dear Sue and Konnor, We are so sorry to hear of your loss. Our hearts go out to you. Our prayers, thought, condolences, and sympathy go out to you. R.I.P. Dave. Hugs to you both.
Ronnie Rinn
I have had the pleasure of knowing David and his family for quite some time. What a wonderful person he was. He will surely be missed. To his family I offer my deepest sympathy at this sad time. David will always be with his family in spirit. Godspeed to you David.
John Proctor
My condolences to the family. What a great guy! He was the best. Great heart! My prayers are with you.
Carol Viau
To the Baker Family, My prayers thoughts & deepest condolences to u all, on David’s passing/ it’s been yrears since my family left Cliff Haven, but u r parents & u siblings were very special to our family & never forgotten, we enjoyed many cherished times/ God Bless u All, Carol Viau & children/
View all