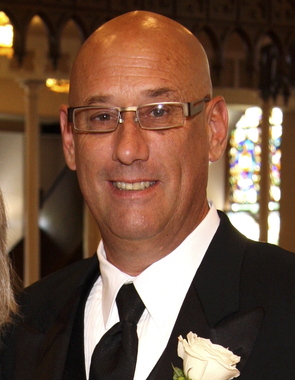 Back to Daniel's story

Daniel L. Kinne, 65, of Couch Street, passed away on Feb. 6, 2020.
He was born in Plattsburgh on July 4, 1954, son of Lionel and Petronille (Vanhemelryck) Kinne.
Dan graduated from MAI and later attended Paul Smith's College.
He married the former Susan Lintner on Oct. 10, 2010, in Saranac. Susan predeceased him on Nov. 19, 2015.
Dan owned and operated Cadyville Gulf for many years. He enjoyed spending time near the water, and especially meeting up and boating with friends. Dan also enjoyed cooking for his family and friends.
Survivors include his two daughters, Morgan Chase and her husband Eric of Clarence Center, N.Y., and Lara Kinne and her companion Justin Perry of Plattsburgh; stepdaughter, Jennifer Lintner and her companion Mark Genier of Plattsburgh; sister, Miriam Kinne and James Sharer of Punta Gorda, Fla.; and three grandchildren, Parker, Alexander, and Nicholas Chase.
Services will be private and at the convenience of the family.
To share a memory or condolence with the family, please visit www.rwwalkerfh.com.
Arrangements have been entrusted to the R.W. Walker Funeral Home, 69 Court Street, Plattsburgh, N.Y.
Published on February 11, 2020
To send flowers to the family of Daniel L. Kinne, please visit Tribute Store.

Send flowers
in memory of Daniel

Don Van Leeuwen
My brother David and Dan were good friends years ago. I remember David and Dan hanging out in the kitchen of Chez Lionel. David passed in 2017. My family, especially our mother Nancy, loved the Kinne’s. Condolences to Dan’s children from the Van Leeuwen’s.
Catherine Powell
The Kinne house was my 2nd home growing up in the 70’s. Mr Kinne and Danny use to call me “trouble“. ( I don’t know why?). Mimi and family, I’m so sorry for your loss. I have lots of fond memories!
John Sena
I knew Danny when I was stationed in Plattsburgh from 1976-1980. My friends and I would spend a lot of time with him hanging out at the Chez Lionel where he would play Jackson Browne over and over again. He was a good and fun guy and I am sure he will be sorely missed by all around him. Bye Danny.
Chip Fontaine
I lived on Plattsburgh back in the 70's and always enjoyed spending time with Danny at Chez Lionel. Sorry to hear he has passed. My condolences to the Family.
Elizabeth Badger
I am sorry for your loss. Sending healing thoughts to each of you.
Eric Sarnow and Family
Danny was truly part of my family's life in those years long ago. The memories of him and his father working together so hard in the kitchen have stuck with me and have instilled a work ethic that i carry with me to this day. Love to all his family and dear friends. He will be in my heart always. Love you Danny.
Martine Sarnow-Davis
Danny was a large part of my childhood that will never be forgotten. To Lara, Morgan, Mimi & Janet, please know I am thinking of each and everyone of you at this time.
Angela
Great conversations with Dan an his boat .Loved his friendlyness positive attitude. A busy spirited Soul. God Bless
View all