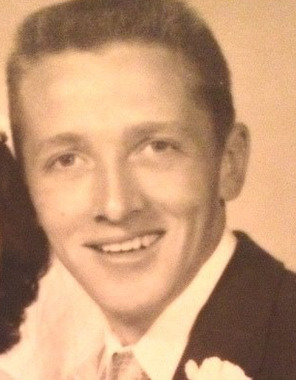 Back to Clifford's story

Clifford John Lavigne, 89, of Maple St., Morrisonville, passed away Sunday, Feb. 9, 2020, at Meadowbrook. He was born in Morrisonville on Aug. 18, 1930, the son of Clifford Steven and Rosanna (Lawless) Lavigne. John was a Korean Service Veteran serving in the U.S. Army. He worked at Dorn's Transportation as a mechanic and retired as a mechanic at the Town of Plattsburgh. John enjoyed drinking coffee, camping, carpentry, woodworking, maintaining the swimming pool and helping people in the community. He was an ever present grandfather, but most importantly he loved spending time with the love of his life, Mary Lou. He was a member of the Knights of Columbus Council 6067, St. Alexander's Church and a former member of the Morrisonville Volunteer Fire Department.
John was predeceased by his parents; his brothers, Charles and Kenneth.
He is survived by his loving wife of sixty-three years, Mary Lou Lavigne, a brother-in-law, Arnold Smith, his son, Michael (Amy) Lavigne, his daughter, Rose Marie (Michael) Taylor; three granddaughters, Kristen (Kerry) Chapin-Lavigne, Jillian Taylor, Michelle Lavigne and her fiance Kevin Keane; two step granddaughters, Allison Trombley, Erin Trombley and several nieces and nephews.
Calling hours will be Thursday, Feb. 13, 2020, from 4 to 7 p.m. at the Brown Funeral Home, Plattsburgh.
A Mass of Christian burial will be celebrated on Friday, Feb. 14, 2020, at 11 a.m. at St. Alexander's Church.
Interment will be at a later date at St. Alexander's Cemetery.
In lieu of flowers, Mass intentions may be offered in John's memory.
Members of the Knights of Columbus Council 6067 are asked to meet Thursday at 6:45 p.m. at the Brown Funeral Home.
Arrangements have been entrusted to the Brown Funeral Home, 29 Broad Street, Plattsburgh, NY 12901. Online condolences and memorial candles may be offered at www.brownfuneralhomeinc.com.
Published on February 11, 2020
To send flowers to the family of Clifford John Lavigne, please visit Tribute Store. 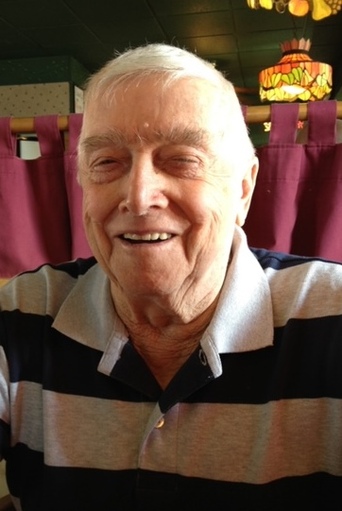 Send flowers
in memory of Clifford

Sharon and Jim Rocque
We were very sorry to miss your dad's service. Your mom and dad are in our thoughts and prayers. Please accept our condolences.
Tom and Deb Brown
Mike, we are saddened to learn of your dad’s passing. Please know we are keeping you and your family in our prayers.
Jeanna
To my Godfather. I will always remember the fun times I had with you and Mary Lou. I loved visiting you and Mary Lou as a child and as a teenager. As a teenager I swam in your pool a lot and talked with you and Mary Lou after you got home from working at Dorns. I especially loved the way you adored Mary Lou. You loved her so much. You also were a very nice and sweet man to everybody. Sending much love to your family too. You will be missed greatly by everyone’s life that you have touched.
Joseph and Phyllis Ezero
Please know that our thoughts and prayers are with your family. Kristen, I knew your grandfather quite well due to working in the parts industry at not only Plattsburgh Motor Service but Fasino Power Brake for many years. Upon walking through the door, he always was a bright spot to our day and a pleasure to wait on. Our sincere condolences.
Phyllis Rock
I've gotten to know John And Marylou the past few years a very sweet and generous family. They are both the salt of the earth, John was a loving devoted husband. A hard working man and a great provider and good family. His great sense of humor always came out with his mischievous grin and smiling Irish eyes. A great believer in God with faith they defeated adversity. A pillar to his community and and and asset to family friends and country. I'm glad I had the privilege to know him . He will be greatly missed but never forgottened
Phyllis Rock
I'm a family friend . I've gotten to know John And Marylou in the past several years and become very close to two very special and sweet couple. They are the salt of the earth. A kind generous and devoted peaple. John ,a loving husband, caring. Hard working and caring father. A fun loving person with a twinkle in his eye and a quick joke on his lips . that which brought a grin and laugh to his smiling Irish blue eyes. He loved sharing stories about his experiences in the army. He especially enjoyed telling me when he drove the tanks also comical ones in the chow line. John was a very special person. He had great faith in God triumphing during hard times . A pillar to our community, Loved b...y all that had the opportunity to know him, He'll be greatly missed but not forgottened.Read more
Chris Liberty
Please accept my sincere condolences for your loss.
Ray and Bev Newell
John was an awesome guy. We had some good times many years with the Democrats, in the Town of Schuyler
Falls .He will be missed by everyone. He touched many lives. We love you MAry Lou and our prayers go with you and your family. God Bless Bev and Ray
Paula Woodbridge White
Mary Lou and family,
I have many wonderful memories of spending time at your house with my boys when they were young.. They loved Papa John. John always had a smile and would take the time to have a heartfelt conversation with me. John was truly a special man. I hope that you find comfort and peace in the wonderful memories you have.
Sue Randall

We have lost another friend. Sad day. I will always remember our trips with Marylou and you. So much fun. Please know I'm thinking of you all and here if you need anything. My prayers are with you.