Back to Charles's story

Charles Henry "Chuck" Harkness, 86, of the Soper Road, Keeseville, died Wednesday, Jan. 23, 2019, at the UVM Health Network, CVPH in Plattsburgh, with his loving family by his side.
He was born in Plattsburgh, Oct. 18, 1932, the son of Ernest and Mabel (Cross) Harkness.
After serving in the U.S. Army in the early 50's, Charles worked construction for a short amount of time before finding his true profession as a tree surgeon, working for companies such as Tree Preservation, Alpine Forestry, and Asplundh until his retirement.
Besides working with the trees, Charles greatest passions were hunting, fishing, gardening, wood-working, puttering around in his garage and shop and in his later years, putting together jigsaw puzzles.
Charles is survived by his wife of 45 years, Myrtle (Sawyer) Harkness, his three stepchildren, Diane Danford of Keeseville, Donald Carter of Peru, and Alicia (Robert) Lemieux of Keeseville, his brother, Ralph (Chrystal) Harkness of Peru, as well as many grandchildren, great-grandchildren, nieces and nephews, and his very dear friends, Doc and the 'hunting camp crew'.
In addition to his parents, Charles was predeceased by two stepchildren, Robert Mason and Pamela Bashaw; a brother, Ernest Harkness; and his sister, Georgia Fleury.
Relatives and friends may call Tuesday, Jan. 29, 2019, from 1 to 2 p.m. at the Hamilton Funeral Home, 124 Clinton Street, Keeseville. A funeral service will follow at 2 p.m. in the Hamilton Funeral Home Chapel. Military honors will be accorded at the conclusion of the funeral service. A reception will follow in the Keeseville VFW Post 1505. Burial will be in the spring in the Harkness Cemetery.
In lieu of flowers, donations in Charles memory may be made to the FitzPatrick Cancer Center at UVM Health Network, CVPH in Plattsburgh.
The family would like to extend a heartfelt thank you to the wonderful staff of 5 Main, CVPH skilled nursing facility, for going above and beyond while providing excellent care and compassion to Charles in his final weeks.
"That man is a success who has lived well, laughed often, and loved much" ~ Robert Louis Stevenson
Arrangements are in the care of the Hamilton Funeral Home, 124 Clinton Street, Keeseville, 834-7667. To offer an online condolence, share a symbolic gesture, or share a photo in memory of Chuck Harkness, please visit www.hamiltonfuneralhome.com
Published on January 24, 2019
To plant a tree in memory of Charles Henry "Chuck" Harkness, please visit Tribute Store. 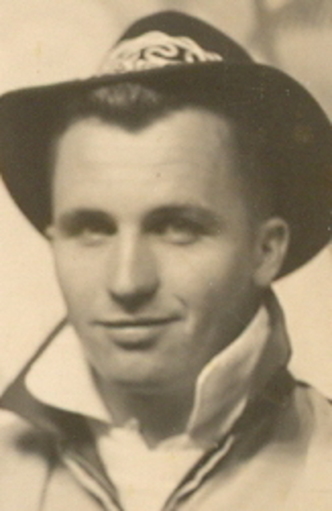 Plant a tree in memory
of Charles

Restore this Guestbook to share a memory or message of condolence of your own.