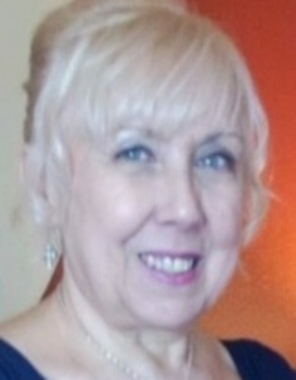 Back to Carol's story

Carol Lee Quincey Bosworth, 70, of Plattsburgh, N.Y., passed away Monday, Feb. 11, 2019. She was born in Plattsburgh, N.Y., on Nov. 3, 1948, the daughter of James Cameron Quincey and Isabelle (Monty) Maxwell. She worked for the Gardner Group as a Residential reviewer.
Survivors include her husband, Spencer Bosworth of Plattsburgh, two daughters, Chantelle Dobbins of Texas, and Kristy Knowles and her husband Craig of Plattsburgh, N.Y., and a son, Jason Chyr of Whitesboro, N.Y., a stepdaughter, Erin Lipka and her husband Stan of California; six grandchildren, Juliauna, Angelina, Heather, Chantelle, Rusty and Luci; six great-grandchildren; a half brother, Edgar James Quincey and his wife Lynn of Texas, a half sister, Marion Renee McDaniels of Louisiana; her mother-in-law, Marilyn Bosworth of Plattsburgh, her brothers-in-law and sisters-in-law, Mike Bosworth of Plattsburgh, Nelson Bosworth and his wife Elizabeth of Point au Roche, and Kate Annichiarico of Massachusetts; and aunts and uncles, Gordon and Shirley Quincey of Plattsburgh, N.Y., William and Carol Maxwell of Newburgh, N.Y., several nieces, nephews and cousins.
Carol was predeceased by her parents, stepfather, Kenneth J. Maxwell and a sister, Rose Ann Quincey Willse.
Calling hours will be held on Thursday, Feb. 14, 2019, from 3 to 5 p.m. at Brown Funeral Home, Plattsburgh, N.Y. A funeral service will follow at 5 p.m. in the Brown Funeral Home Chapel; entombment will be at Whispering Maples Memorial Gardens in Plattsburgh.
Donations in Carol's memory may be made to the Foundation of CVPH.
Arrangements are entrusted to Brown Funeral Home, 29 Broad Street, Plattsburgh, NY 12901, (518)-561-3980. Online condolences may be offered at www.brownfuneralhomeinc.com
Published on February 12, 2019
To plant a tree in memory of Carol Lee Quincey Bosworth, please visit Tribute Store.

Plant a tree in memory
of Carol

A place to share condolences and memories.
The guestbook expires on May 13, 2019.