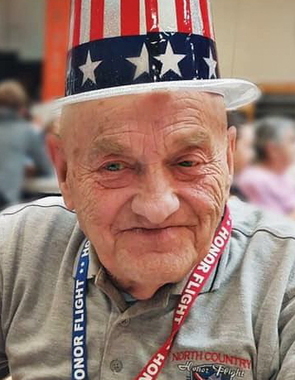 Back to Bernhard's story

Bernhard "Bernie" Jakobetz (KC2-ALG), 86, of the Clintonville Road, Peru, died Wednesday, Jan. 23, 2019, at the UVM Health Network, CVPH in Plattsburgh, with his loving family by his side.
He was born in Czerowitz, Romania, Aug. 18, 1932, the son of Joseph and Lydia Massian. He and his family moved to Bucharest and later to Vienna, Austria, where he attended and graduated from high school.
In 1952 his family came to Rochester, N.Y., via the Post WWII Displaced Persons program. In 1953 he enlisted in the United States Air Force and served with the 606th Air Craft Control and Warning Squadron in Korea and also served two tours in Vietnam from 1966 through 1967. In 1968 he returned to the US and was stationed at the Plattsburgh AFB and served with the Air Police Squadron. In 1971 he was assigned to Upper Heyford AFB in England and served until his return to the United States and subsequent retirement in 1973.
Following his Air Force retirement he worked as a master mechanic for Subaru at Bill McBride Chevrolet in Plattsburgh. He later worked for Sears Auto Center in Plattsburgh, retiring in the late 1990s.
Bernie enjoyed traveling, camping, and working with HAM radio. He was an active participant with the North Country Honor Flight program. He also enjoyed time at his camp at Lake Dunmore in Middlebury, Vt. Bernie will be fondly remembered for his love of his family and love of the United States of America.
Left to cherish the memory of Bernie are, his loving wife of 50 years, Dawn Jakobetz, whom he married Feb. 21, 1969, at the Plattsburgh Air Force Base Chapel; two daughters and one son-in-law, Debbie Purdy, and Cheryl and Brad Carte; one "adopted" son, Francis (Debbie) Strack; three grandchildren, Cortney (Casey), Shelby (Mike), and Papa's namesake, Jake (Kelly); five great-grandchildren, Emmitt, Isabella, Summer, Cayleigh, and Olivia; one sister, Londi Stadler; and one nephew, Vincent Stadler.
In addition to his parents, he was predeceased by a son-in-law, Robert Purdy; brother-in-law, Ernest Stadler; and nephew, Ernest Stadler.
Services will be private and at the convenience of the family. He will be interred in the columbarium at the Gerald B.H. Solomon Saratoga National Cemetery, later in the year.
Donations in his memory may be made to the North Country Honor Flight, PO Box 2644, Plattsburgh, NY 12901.
The family would like to offer a heartfelt "thank you" to the entire ICU staff at CVPH for the exemplary care and comfort provided to "Papa" and his family.
Arrangements are in the care of the Hamilton Funeral Home, 294 Mannix Road, Peru, 643-9055. To offer an online condolence, share a symbolic gesture, or share a photo in memory of Bernie Jakobetz please visit www.hamiltonfuneralhome.com
Published on January 24, 2019
To plant a tree in memory of Bernhard "Bernie" Jakobetz, please visit Tribute Store. 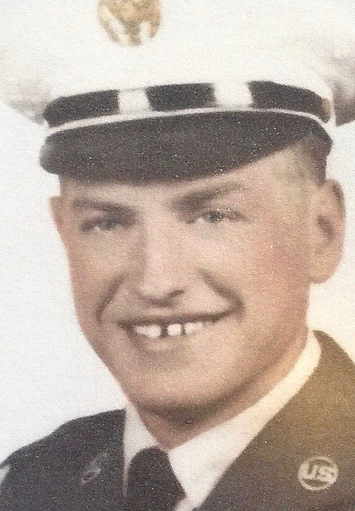 Plant a tree in memory
of Bernhard