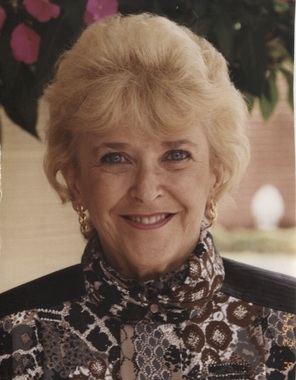 Back to Barbara's story

Barbara A. Pageau, 85, of Phillips Court, Lyon Mountain, died Wednesday, Oct. 3, 2018, at CVPH Medical Center, Plattsburgh, N.Y.
Born in Lyon Mountain, N.Y., on Feb. 24, 1933, she was the daughter of Richard and Marion (Conley) Carron.
She was married to Alfred "Buddy" Pageau on Sept. 24, 1955, in St. Bernard's Church, Lyon Mountain. He predeceased her on Dec. 5, 2005.
Barbara graduated from Lyon Mountain High School. She was employed as the quality assurance manager at the Malone Dress Factory, retiring after 25 years of service. She was a communicant of St. Bernard's Church, Lyon Mountain, and a member of the Lyon Mountain American Legion Auxiliary. She had a special love for dogs, especially Maxie who was extra special to her.
Barbara is survived by two sons, Alfred "Mickey" Pageau IV of Lyon Mountain, previously of Houston, Texas, Paul Pageau and his husband, Thomas Persse of Peck's Lake, N.Y.; a daughter, Julie Fournia and her husband, Kevin of Chazy Lake; a brother, Richard Douglas Carrow and his wife, Mary of Lyon Mountain, and a sister, Janet Cameron of Malone.
Besides her husband, she was predeceased by her parents and a sister, Carolyn McKinney.
Calling hours will be held at St. Bernard's Church, Lyon Mountain on Tuesday, Oct. 9, from 10 a.m. to 12 noon. A Mass of Christian burial will immediately follow at 12 noon with Rev. Todd Thibault officiating.
Burial will take place at St. Bernard's Cemetery, Lyon Mountain.
The family would like to thank all the caregivers who cared for Barbara while at home as well as the staff of 6 Main at CVPH during her stay.
Donations in her memory may be made to Lyon Mountain Fire Dept. or Alzheimer's Association.
Arrangements are with the Chateaugay Funeral Home. Online condolences may be offered at www.chateaugayfuneralhome.com.
Published on October 4, 2018
To plant a tree in memory of Barbara A. Pageau, please visit Tribute Store.

Plant a tree in memory
of Barbara

A place to share condolences and memories.
The guestbook expires on January 02, 2019.

Restore the guestbook to view the 10 more posts by family and friends, and share a memory or message of condolence of your own.